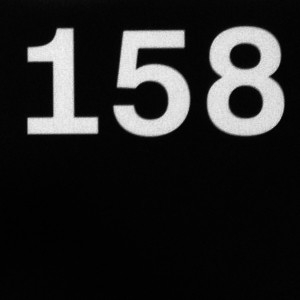 Avast! was created from field recordings made between 2009 and 2012 in Lyttelton, a volcanic harbour on the South Island of New Zealand. Sounds were captured at sites around the natural amphitheatre of this extinct caldera: from abandoned wartime bunkers on the top of the crater rim to the port and its cacophony of cargo ships, tugs and workshops. The work is also haunted by the resonance of buildings such as the Timeball Station, which were destroyed when the town was at the epicentre of a major earthquake in 2011.

Stanier Black-Five is the solo project of New Zealand sound artist, writer and curator, Jo Burzynska, whose audio work is largely based on her own minimally processed environmental recordings. She uses these to create dense soundscapes that use both industrial sources such as the pounding rhythms of trains to natural phenomena, such as seismic activity.

“Don’t be fooled by its mock-historical title, the album’s three pieces zero in on the disembodied sonic textures of modern capitalism. As ships dock and steel containers move in transit, engines whirr and grind, and relentless mechanical rhythms are punctuated with sundry creaks, bleeps and clangs.” 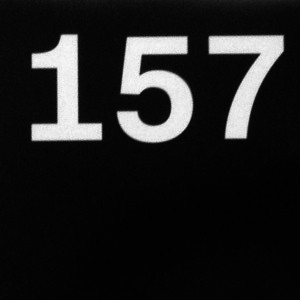 On 22 February 2011, an earthquake measuring 6.3 on the Richter Scale hit Christchurch, which combined with a series of massive aftershocks destroyed huge swathes of the New Zealand city. At its epicentre in the port of Lyttelton, sound artist Jo Burzynska (Stanier  Black-Five) grabbed a recording device as she ran from her home, leaving it running on her doorstep capturing the aftershocks that ricocheted though her house and the disaster unfolding on the street outside.

This unique recording of the first hour after the earthquake, as well the sounds of seismic and related phenomena of the months that followed, became the main source for Body Waves. The album is a series of three collaborative live performances made around the world with electro-acoustic performer Malcolm Riddoch (Zeug Gezeugt), who used feedback to tune Body Waves to the unique resonant frequencies of each acoustic space in which it was performed. In this vibroacoustic environment, the audience/listeners are immersed in music that goes beyond the auditory system to be felt in the body, akin to the experience of being in an earthquake.

“[Body Waves] pivots on rhythm and continuity, reformatting the sonic phenomena of seismic activity into a heavily layered dramatic composition. It’s component parts – dense bass frequencies oscillating into and back out of distortion, occasional impact crashes, washes of granular sound clouds and metallic drones – are rolled together into a cacophonous, surround-sound blast.”