What kind of knowledge is disclosed when one navigates a city with the nonvisual senses? Developing the practice of sensuous psychogeography, I explored how these senses might spark different personal, social, and political resonances over multiple passages through Ōtautahi Christchurch, New Zealand. I hoped this would reveal what could otherwise remain literally overlooked in the regular patterns of experience in our visually dominated society.

Over three months I set out on multiple sense-focused walks in which the visual was subordinated to our other senses. This reversed the usual sensorial mode used to move around the city, and was guided by non visual cues that emerged. These could be an intriguing sound far away of close at hand, following a breeze, homing in on a smell, or – as in the walk led by forager, Peter Langlands – led by the wild foods growing in the city’s streets. I called this method, sensuous psychogeography.

Sensuous psychogeography is a new method of creative enquiry, and means of encouraging people to make different, and perhaps deeper connections with their local urban spaces. This draws on the Situationist idea of psychogeography. In his Introduction to a Critique of Urban Geography, Situationist, Guy Debord, defines psychogeography is “the study of the precise laws and specific effects of the geographical environment, consciously organized or not, on the emotions and behaviour of individuals,” (Debord,1955). It was concerned with the urban environment’s psychological effects, challenging the capitalist system through creating actively lived situations to counteract passive image-dominated consumer culture. Sensuous psychogeography particularly embraces the Situationists’ critical walking practice, the dérive (drifting), a playful exploration of urban space that redirects pedestrians away from well-trodden paths to alter awareness of their environments.

Sensuous psychogeography also emerged from the creative research of my recent arts PhD. In this I investigated the aesthetic and emotional dimensions of sensory interactions and how these related to place, both imagined or real. For example in my Risonanze di Vino project, I investigated how the nonvisual senses of winemakers connected them to both their product and the land their grapes were grown on.

As an artist who previously made works responding to the changing environments of Christchurch during the destructive earthquakes over a decade ago and their aftermath, I sought to re-engage with the city’s current unique phase of urban transformation after recently returning from four years overseas. The city’s recent challenges have seen its inhabitants repeatedly forced to diverge from familiar paths due to natural and human disruptions, which resonates with psychogeographical techniques.

The ongoing COVID-19 outbreak has also seen residents living much of their lives on screens, some affected by a lingering unease about re-entering urban spaces. This makes a method that encourages such sensory immersion both challenging for some, but also liberating as articulated by a number of those who participated in walks with me.

These sensory excursions took many forms. Some were undertaken alone, sometimes gathering materials en route that I would then use to create the project’s final works. These ranged from the sounds that I recorded, fragrant plants I went on to distil, as well as textural objects, and included following the nonvisual elements of the Ōtākaro Avon River from the city to its mouth at the Pacific Ocean (pictured above). I drifted with individuals from the fields of urban ecology and planning, architecture, music and foraging. I also meandered with members of the public, local iwi and the blind and low vision community.

All the discoveries made were expressed through the project’s ultimate multisensory artworks that I created. These use interactive combinations of sound, olfaction, taste, and touch to answer the central question posed by the project, “What might we find when we stop looking?”, also the name of the exhibition which runs at The Arts Centre Te Matatiki Toi Ora, Christchurch, New Zealand between 18-29 May, 2022.

This project was undertaken during Te Matatiki Toi Ora’s 2021 Arts Four Creative Residency Programme between May-July 2021. It was, supported by Creative New Zealand and Stout Trust, and proudly managed by Perpetual Guardian. Scented support from Fragrifert and Fragranzi. 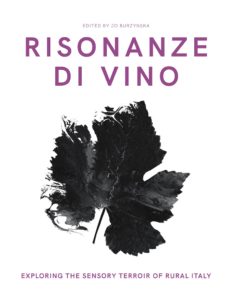 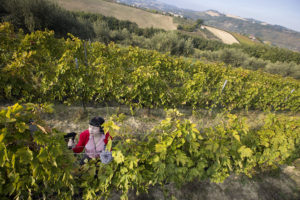 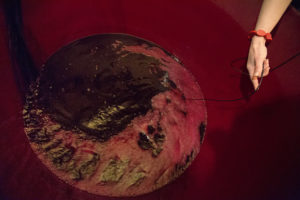 We are looking for participants to take part in a new study on how sound might affect the perception of wine characters. No specialised wine knowledge or experience is required. This study forms part of the student researcher, Jo Burzynska’s PhD.

Study name: The effect of sound on the perception of wine characters
Ethics (HREC) Approval: H-2018-270

If you participate, you will be given red wines to taste and music to listen to and asked to respond to questions that relate to these experiences. The experiment is a single session that should take around 45 minutes. Participants will be entered into a draw with a one in three chance of winning wine on the day of the session.

Important: To take part you must be:

·       Comfortable with consuming a small amount of alcohol (spitoons provided)

·       Do not suffer or have suffered from any taste, olfactory or auditory dysfunction

·       Do not have any allergies related to red wine consumption, sulphur dioxide or yeast

·       Do not have any past or present alcohol dependency issues

·       Not taking any medication that could interact with alcohol

Participation in any research study is voluntary. If you do not want to take part, you do not have to and your participation, non-participation or withdrawal will not impact your relationship with any of the researchers or institutions involved in this study.

If you would like to participate, please complete the pre-study screening questionnaire at this link, which also provides more detailed participant information about the study:
https://www.surveymonkey.com/r/RPDPVTX

If you know anyone who might also be interested in participating, please feel free to forward them this invitation. If you have any questions, please contact Jo Burzynska via the contact form below. If you would like my email and phone number for reference, please contact me through this form as well and I will send these to you. 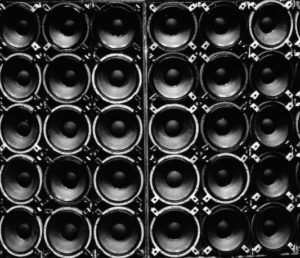 I am recruiting participants for studies in Sydney and Adelaide during 2019 investigating how sound might affect the perception of aroma or wine flavour characters (details below). If you are interested in taking part in these future studies (either audio-olfactory or wine and sound), you can register your interest by contacting me using the form below. Please specify your city and the study/ies in which you might be able to participate.

Sydney studies
We are recruiting participants for a studies investigating how sound might affect the perception of flavour characters in audio-gustatory artworks or aroma characters in audio-olfactory artworks. If you participate, you will listen to a number of sounds/music works and either taste a small amount of red and white wine or smell some aromas, about which you will be asked a series of questionnaire-based questions. The experiment will take a total of one hour. The studies are being conducted as part of PhD research at UNSW and has been approved by university Human Research Ethics Committee (Refs: HC180394 and H180473).

To take part, you must be aged over 18 (and provide ID to prove this), be comfortable with consuming a small (125ml) amount of wine in the wine study (spittoons will be provided) or smell no more that 15 aromas. We require you to be in good health and have a normal sense of smell, taste and audition. The wine study is not suitable for those who have allergies to wine/alcohol; are on any medications that could interact with alcohol; are pregnant or have past or current issues with alcohol dependency.

Adelaide study: The effect of sound on the perception of wine characters
HREC Approval: H-2018-270

We are looking for participants to take part in a new study on how sound might effect the perception of wine characters. This study forms part of the student researcher, Jo Burzynska’s PhD. If you participate, you will be given red wines to taste and sounds/music to listen to and asked to respond to questions that relate to these experiences. The experiment takes about 30 minutes (and you will be entered into a draw to wine some wine).

Important: To take part you must be:

Over 18 years of age
Are comfortable with consuming a small amount of alcohol (approx. 125ml – spitoons provided)
Do not suffer or have suffered from any taste, olfactory or auditory dysfunction
Do not have any allergies related to red wine consumption, sulphur dioxide or yeast
Do not have any past or present alcohol dependency issues
Are not pregnant
Are not taking any medication that could interact with alcohol
Participation in any research study is voluntary. If you do not want to take part, you do not have to and your participation, non-participation or withdrawal will not impact your relationship with any of the researchers or institutions involved in this study.