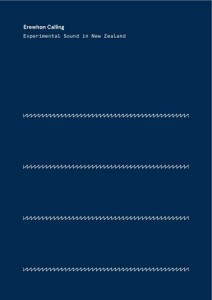 “Erewhon Calling has some particularly strong documentary with Alastair Galbraith, Mark Williams, Jo Burzynska and Su Ballard contributing well-observed, written pieces on their respective endeavours or involvements. These are well supported by an array of texts (drawings/ photos/ diagrams/ paintings) and less obvious writing, which, while they may take a little longer to surrender meaning will through the engagement provoked more clearly demonstrate intellectual paths, process and thinking.”  Andrew Schmidt, Mysterex